India is the fourth largest oilseed economy in the world. Among the seven edible oilseeds cultivated in India, rapeseed-mustard contributes 28.6% in the total oilseeds production and ranks second after groundnut sharing 27.8% in the India’s oilseed economy. The mustard growing areas in India are experiencing the vast diversity in the agro climatic conditions and different species of rapeseed-mustard are grown in some or other part of the country. Under marginal resource situation, cultivation of rapeseed-mustard becomes less remunerative to the farmers. This results in a big gap between requirement and production of mustard in India. Therefore site-specific nutrient management through soil-test recommendation based should be adopted to improve upon the existing yield levels obtained at farmers field. Effective management of natural resources, integrated approach to plant-water, nutrient and pest management and extension of rapeseed-mustard cultivation to newer areas under different cropping systems will play a key role in further increasing and stabilizing the productivity and production of rapeseed-mustard. The paper reviews the advances in proper land and seedbed preparation, optimum seed and sowing, planting technique, crop geometry, plant canopy, appropriate cropping system, integrated nutrient management and so forth to meet the ever growing demand of oil in the country and to realize the goal of production of 24 million tonnes of oilseed by 2020 AD through these advanced management techniques. Indian mustard (Brassica juncea (L.) is predominantly cultivated in Rajasthan, UP, Haryana, Madhya Pradesh, and Gujarat. It is also grown under some nontraditional areas of South India including Karnataka, Tamil Nadu, and Andhra Pradesh. The crop can be raised well under both irrigated and rainfed conditions. Brown sarson (B. rapa sspsarson) has 2 ecotypes lotni and toria. Yellow sarson (B. rapa var. trilocularis) is cultivated in Assam, Bihar, Orissa, and West Bengal as rabi crop. In Punjab, Haryana, UP, Himachal Pradesh, and Madhya Pradesh, it is grown mainly as a catch crop. Taramira (Eruca sativa) is grown in the drier parts of North-West India comprising the states of Rajasthan, Haryana, and UP. Gobhi sarson (B. napus L. ssp. oleferia DC. var annua L.) and karan rai (Brassica carinata) are the new emerging oilseed crops having limited area of cultivation. Gobhi sarson is a long duration crop confined to Haryana, Punjab, and Himachal Pradesh. It has good yield potential, wide adaptability and possesses high oil content of good quality. Karan rai yields well and shows better environment adoption and substantial resistance to pests and diseases. The country witnessed yellow revolution through a phenomenal increase in production and productivity from 2.68 MT and 650 kg/ha in 1985-86 to 6.96 MT and 1022 kg/ha in 1996-1997, respectively. In spite of these achievements, there exists a gap between production potential and actual realization. In India rapeseed-mustard is grown on an area of 5.53 Mha with production and productivity of 6.41 MT and 1157 Kg/ha, respectively

Vigorous seedling growth, good root development, early stem elongation, rapid ground covering ability, and early flowering and radiation are important yield determining traits under low temperature and radiation regime. These traits can be successfully exploited in mustard if a good seed is grown at appropriate time along with maintaining an optimum plant population. 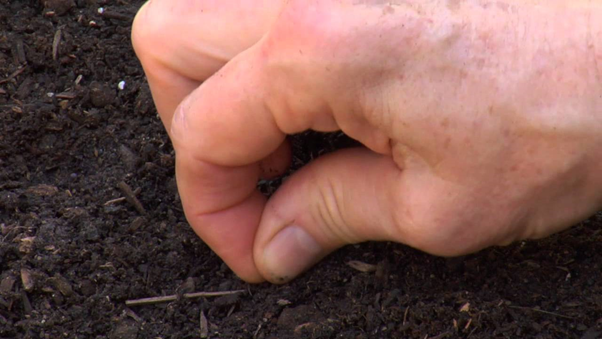 Seed treatment is a useful practice for healthy plant growth. Seed priming through controlled hydration and dehydration enhances early germination of mustard seed in less time, even in compacted soil. The soaking of mustard seeds in 0.025% aqueous pyridoxine hydrochloride solution for 4 hours improved germination. The combination of pyridoxine + N60P 20 + N15P5 (top dressing) accelerated the crop performance by enhancing seed yield and oil yield by 15.8 and 13.5%, respectively, over the control. The differential response of varieties for imbibition gives advantage to some of them to germinate early as compared to others. At Hisar, maximum rate of imbibition was reported in “NRCDR-2” (41.7%) and minimum in “NRCDR-509” (7.5%). Such drastic difference in rate of imbibition is important for identification of suitable varieties under abiotic stress conditions namely drought, frost, and temperature abnormalities.

Date of sowing influence the incidence of insect-pest and disease also. Sowing on October 21 resulted in least Sclerotinia incidence. The maximum (20.5–25.4°C) and minimum (3.9–10.7°C) temperatures at the flowering stage of crops established through sowing on October 21 were negatively correlated with the development of Sclerotina stem rot. Mustard aphid (Lipaphis erysimi (Kaltenbach)) has been reported as one of the most devastating pests in realizing the potential productivity of Indian mustard. Normal sowing (1st week of November) also helps in reducing the risk of mustard aphid incidence. 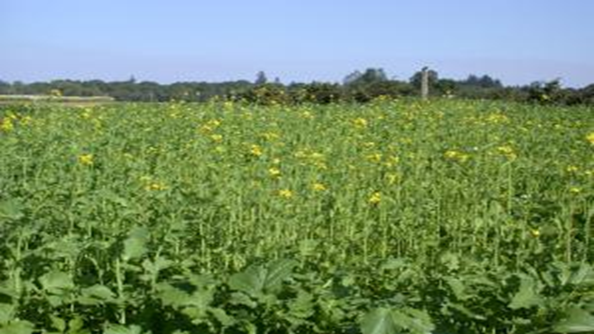 
About Author / Additional Info:
I am currently pursuing Ph.D in Agronomy from University of Assam agricultural university