Shatavari (Asparagus racemosus) belongs to family asparagaceae is one of the well known drugs in Ayurveda. It is a species of asparagus common throughout Nepal, Sri Lanka, India and the Himalayas. It grows one to two metres tall and prefers to take root in gravelly, rocky soils high up in piedmont plains, at 1,300â€"1,400 metres elevation[2]. The leaves are of satavari is pine needle shape, small but uniform and have tiny white flowers arranged in the form of small spikes . The roots are tuberous, succulent, finger shaped and clustered[3].

Shatavari means "she who possesses a hundred husbands" indicates that this herb is highly effective in problems related with female reproductive system. Charak Samhita written by Charak and Ashtang Hridyam written by Vagbhata, the two main texts on Ayurvedic medicines, lists Asparagus racemosus as part of the formulas to treat disorders affecting womenâ€™s health[1].

Satavari is most important medicine for women which supporting reproductive health by toning and nourishing the female reproductive organs. It treats premenstrual syndrome by relieving pain, supports normal production of breast milk for nursing mother, infertility, loss of libido, nourishes ovum and increase fertility. It also increases the feeling of spiritual love. Satavari is useful not only for women but also for men. It may be helpful in cases of inflammation of sexual organs, sexual debility and spermatorrhea. It is believed that it make balance all of the body's fluids. Due to lots of uses it is also known as "Queen of Herb".

Due to its multiple uses, the demand for Asparagus racemosus is constantly on the rise. Due to destructive harvesting, combined with habitat destruction, and deforestation, the plant is now considered "endangered" in its natural habitat. So for their conservation we need cultivation of identified important species to be taken up in areas where they grow naturally and ethno-botanical information of plants must be recorded for their proper use. 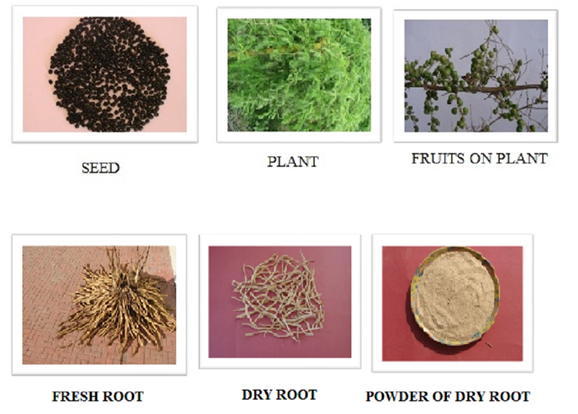