Deficiency Symptoms of Micronutrients in Plants

Deficiency symptoms of any essential nutrient can be useful in recognizing that something is wrong with the plant and can lead to the discovery of the cause. Micronutrient deficiencies are common in Indian soils which are leading to low yields, low mineral content in seed and fodders and thus adversely affecting plant, animal and human health. Therefore, indentifying the defici..
Deficiency symptoms of micronutrients in plants
Authors: Mandira Barman* and V.K. Sharma
Division of Soil Science and Agricultural Chemistry, ICAR-Indian Agricultural Research Institute, New Delhi-110 012
*Corresponding author E-mail: mandira.ssaciari@gmail.com

• Common deficiency symptoms of Zn are interveinal chlorosis, first appearing in the young leaves, reduction in the size of young leaves, which are often clustered or brown very closely, bronzing and purple, violet, reddish brown or brown coloration of foliage.

• Names given to Zn-deficiency include khaira disease of rice, white bud of maize, mottle leaf (little leaf) or frenching of citrus and cotton. 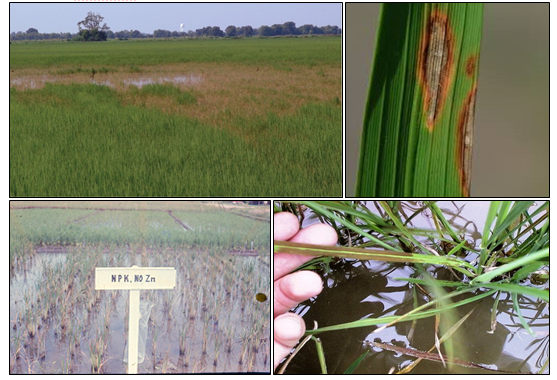 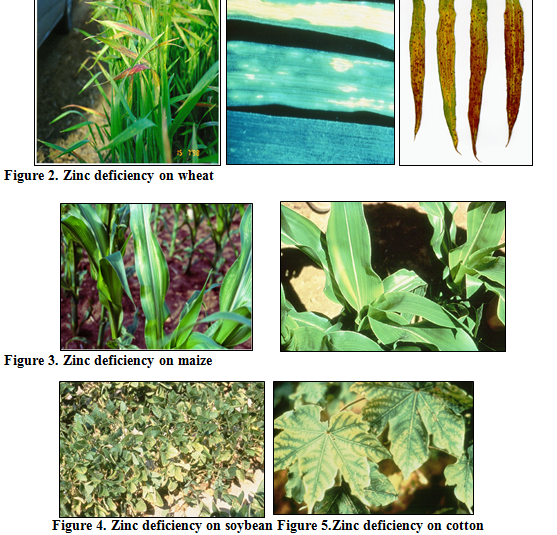 • Male flowersâ€™ sterility, delayed flowering and senescence are the most important effects of Cu-deficiency.

• Deficiency of Fe results in interveinal chlorosis appearing first on the younger leaves with leave margins and veins remain green. 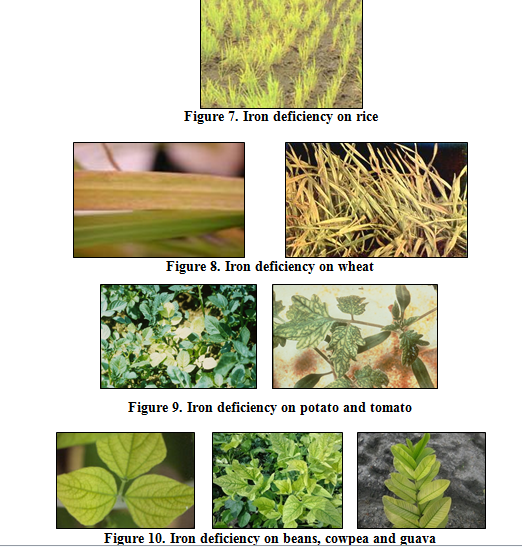 • Deficiency symptoms of Mn are more severe on middle leaves than on the younger ones because Mn is preferentially translocated to the younger tissue.

• Symptoms of Mn-deficiency are popularly known as speckled yellow of sugarbeet, marsh spot of peas, grey speck of oats and pahala blight of sugarcane. 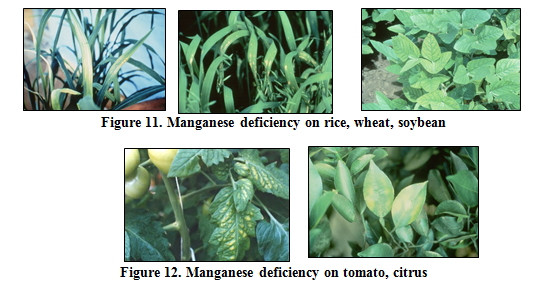 • Boron deficiency symptoms become conspicuous on the terminal buds or the youngest leaves, which become discoloured and may die under acute conditions of deficiency. 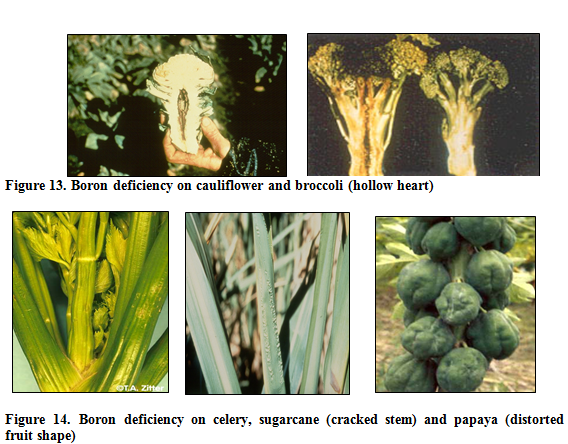 • Generally, in Brassica spp. deficiency symptoms of Mo appear in 3 to 4 week-old plants.

• The Mo-deficient cauliflower plants exhibit chlorotic mottling and cupping of the middle leaves.

• Severely affected leaves show scorching and withering starting from the margins and extending to the entire lamina leaving behind only petioles, which is termed as whip-tail.

Deficiency of micronutrient declines crop health and productivity and may result in the appearance of unusual visual symptoms. As a diagnostic tool, visual observation can be limited by some factors, such as including hidden hunger and pseudo deficiencies. Therefore, soil or plant testing is required to verify the nutrient stress. However, the evaluation of visual symptoms in the field is an inexpensive and quick method for detecting potential nutrient deficiencies in crops. It is an important tool for managing and correcting soil fertility and crop production problems.