Effect of Alcohol on Stability of Casein Micelles

Casein is present in milk in the form of micelles which are stablilized by hairy layer of ÃŽÂº- casein. Variation in environment outside the casein micelles causes changes in this layer and hence affects stearic stability of casein micelles...
Effect of Alcohol on Stability of Casein Micelles
Authors: Ankita Hooda, Bimlesh Mann, Rajan Sharma, Sulaxana Singh, Suvartan Ranvir

Effect of Ethanol on stearic stability of casein micelles: 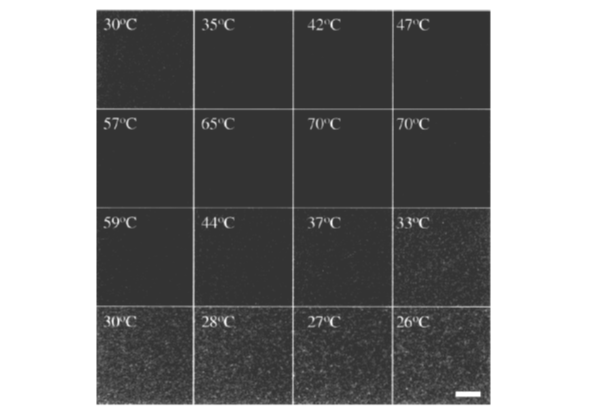 Payens (1979) found out that a component responsible for stearic stabilization was necessary to explain micellar stability. Holt (1975) postulated the existence of a hydrophilic “hairy” coat outside micelle which is responsible for its inherent stability despite low zeta-potential values. Walstra (1979) said that the high voluminosity of the casein micelle could only be explained by assuming the existence of such a hairy surface layer. He also proposed that the hairy part would consist predominantly of the C-terminal portion of K-casein. The action of chymosin would then be to remove the hairs, destabilizing the micelle and simultaneously decreasing its hydrodynamic radius. The latter effect was confirmed by Walstra, who used photon-correlation-spectroscopy (PCS) to show that the micellar radius initially decreased by approximately 5 nm following the addition of chymosin, after which aggregation finally ensued. Coagulation of casein micelles in milk can also be induced by the addition of ethanol. Ethanol stability of milk is based on effects that in an unfavourable solvent environment, proteins and other polymers undergo a conformational transition to a collapsed form, accompanied by a dramatic reduction in the effective volume of the molecule. Solvent conditions which lead to the collapse are often similar to those leading to aggregation. Action of the ethanol in micellar aggregation may therefore be explained as collapse of the “hairs,” & thus removing the stearic stabilizing component from the system.

Horne and co-workers (1981) found out that with no alcohol present, the apparent micelle radius was 93 nm for the milk sample. This decreased to 83 nm in the presence of 16 - 20% ethanol, passed through this minimum, and increased dramatically at higher alcohol levels. The latter increase was time-dependent and was undoubtedly due to aggregation: turbidity also showed a time-dependent increase at these alcohol levels. Below 20% ethanol, as also shown in figure, turbidity values showed a slight increase in the region of minimum radius (Fig. 2). Turbidity is a linear function of the product average molecular weight and average particle-scattering factor. Were the casein micelle to be considered a uniformly dense particle, and were the change in radius due to a shedding of outer layers or to splitting of the micelles, the observed drop in radius would correspond to a change of in molecular weight. Clearly, from turbidity measurements, no such decrease in molecular weight occurred. On the other hand, the slight increase in turbidity at 16 - 20% ethanol suggests an increase in particle-scattering factor which is consistent with a decrease in radius (Fig. 2). The particle-scattering factor is a function of the Z average radius squared.

About Author / Additional Info:
Ph.D scholar in the division of dairy chemistry at NDRI, Karnal