Evaluation of Isolates of Trichoderma spp. for Antagonistic Fitness

Trichoderma is a free-living cosmopolitan fungal species interacting with roots, soil and foliar environments. They grow rapidly and have good rhizosphere competence with other microorganisms. They inhibit or degrade pectinases and other enzymes that are essential for phytopathogenic fungi. Trichoderma has gained maximum attention as biocontrol agent because of its effectivenes..
Evaluation of isolates of Trichoderma spp. for antagonistic fitness

All Trichoderma isolates selected from the primary screening through dual culture assay are further evaluated for the production of volatile inhibitory substances in vitro following the technique of Dennis and Webster (1971). At NRCL, Muzaffarpur, we evaluated the novelty of the Trichoderma viride isolate NRCL T 01 with respect to a reference strain NRCG T 09 for tolerance to different temperature, pH, salt concentration, production of volatile and non-volatile metabolites and UV tolerance. UV and microwave radiations had been used by some workers for strain improvement with respect to parameters such as salt stress and fungicides resistance. In certain conditions, the performance of the Trichoderma strains as biocontrol agents is limited due to their low osmotolerance levels (Magan 1988) and such strains fail to protect the germinating seeds from soil-borne diseases caused by pathogens that tolerate high salt concentrations (El-Abyad et al. 1988; Ragazzi et al. 1994).

To date, research has mostly focused on identification of psychrophilic and salinity tolerant strains of Trichoderma and very few reports are available on high temperature tolerant Trichoderma that are effective at temperature above 35°C (Harman et al. 1981). Although soils in temperate regions during seeding stage are not often at this temperature, there is a need to identify potential high temperature tolerant Trichoderma strains. Such strains could sustain and survive the fluctuating temperatures rising due to global warming and naturally antagonize the sclerotia forming post-harvest pathogens viz., Sclerotium rolfsii that survive such adverse conditions in soils (Mukherjee and Raghu 1997). Better understanding of the genomics of such strains will improve and expand their applications.

The effect of the volatile metabolites released by Trichoderma sp. on mycelia growth of the pathogens is evaluated by the ‘inverted plate technique’ as described by Dennis and Webster (1971) and Goyal et al. (1994). For this, the antagonistic fungus Trichoderma sp. is centrally inoculated by placing 5 mm diameter mycelial disc taken from one week old culture on the PDA plate and incubated at 26±2°C for 2-3 days. The top of each Petri dish is replaced with bottom of the PDA plate inoculated centrally with the pathogen. Two plates are sealed together with paraffin tape and further incubated at 25ºC. In control treatment, Trichoderma isolate is replaced with inoculum of 5 mm of sterile PDA medium only. Colonies diameter of the pathogen is measured at 5, 6 and 7th days after incubation and the percent inhibition of mycelial growth is calculated (Dolatabadi et al., 2011).

Production of non-volatile compounds inhibitory to pathogens is one of the multiple modes of action of Trichoderma. The effect of non-volatile metabolites on pathogen is studied by ‘poisoned food technique’. Trichoderma isolates are inoculated in 100 ml sterilized potato dextrose broth (PDB) in 250 mL conical flasks and is incubated at 25 ± 1 °C on a rotary shaker at 150 rpm for 14 days. The mycelium is collected after 14 days and filtered through Whatman filter paper. The culture filtrate is sterilized by passing through a microbiological membrane filter. Different volumes of filtrates is added to the molten PDA medium (at 40±3 °C) to obtain final concentrations of 10, 25 and 10% (v/v). The medium placed into Petri plate is inoculated with mycelial disc of pathogen at the centre. The plates are then incubated at 25±1° C for 7 days. Control plates are maintained without culture filtrate. All experiments are done in triplicate. The colony diameter is measured and percentage inhibition of radial growth is calculated by following formula: Inhibition (%) = D1– D2/D1 x 100, where: D1 is the diameter of radial growth of plant pathogens in control; D2 is the diameter of radial growth of plant pathogens in treatment.

Initially to screen all the Trichoderma isolates collected, a conidial suspension of 1 × 1010 conidia/mL is inoculated into vials containing 5 mL of potato dextrose broth (PDB). The isolates were exposed to heat shock at 48°C, 50°C and 52°C for 1 h, 2 h and 4 h durations (Plesofsky-Vig and Brambl 1985). Two replicates for each experimental condition are used and each experiment is repeated twice. After incubation, 1 mL of the culture from each vial is serially diluted and plated onto media selective for Trichoderma. The isolates incubated at ambient temperature (28°C) are treated as controls. The colony forming units (c.f.u) are measured for all the plates and the data is subjected to probit analysis for determination of lethal temperature 50 (LT50) (Throne et al. 1995). The revived colonies are transferred onto PDA plates and changes in morphological characteristics are recorded. These revived isolates hereafter mentioned as “thermotolerant isolates” are used to test their thermotolerance at varying temperatures for prolonged durations, and is a procedure for strain improvement.

Mycelial discs of isolates of Trichoderma are placed onto PDA medium supplemented with 0.25 M, 0.5 M, 0.75 M and 1.0 M NaCl, respectively, and incubated at 28°C for 7 days. Degree of survival is determined by measuring the colony growth on the media. Two replicates for each concentration are used and the isolated grown on PDA without any addition of salt are treated as control.

Erlenmeyer flask containing 100 ml broth of TSM and incubated at 25°C in an orbital shaker at 150 rpm for 7 days. The pH that promotes the highest biomass production is used for subsequent steps of the investigation. 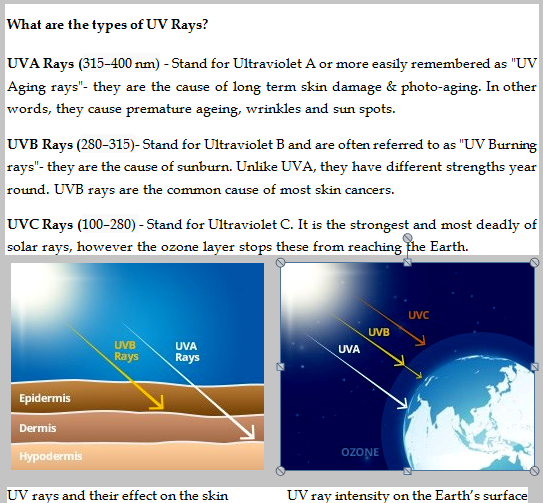 6. Evaluation for compatibility to fungicides and pesticides

The PDA plates amended with fungicides and pesticides are inoculated asceptically with Trichoderma by transferring five 5 mm diameter mycelial disc from fresh cultures. Three reolications are maintained for each treatment. Unamended PDA serves as control. Inoculated Petri dishes are incubated at 25±1 °C. Radial growth of Trichoderma isolates is measured after on 3rd and 5th days and compared with control. The percent growth inhibition is calculated.

Trichoderma mutants with enhanced chitinolytic activity or fungicide resistance. If there is the need for a fungus which is resistant to a fungicide, such as benomyl for instance, the use of radiation in appropriate dosage and the transference of irradiated conidia to a medium containing fungicide makes the obtention of mutants possible (Melo 1998). Both ultraviolet and microwave radiation, due to their efficiency, simplicity and safety of use in a laboratory, are recommended to induce mutants. For strain improvement against a pathogen (say,

6 conidia/mL and 1 mL aliquots of the suspension is pipetted into wells of a 24-well microplate. After removal of the lid, conidia are exposed to UV-C radiation for 2 min to obtain about 85% conidia kill (Rey

et al. 2001). Irradiation is provided by a 15 Watt germicidal lamp placed at a distance of 15 cm from the plate. The lamp is switched on 10 min prior to exposure of conidia in order to stabilize the radiation. 100 µL aliquots of the conidial suspension exposed to UV-C are spread on 10 mL of 1% water agar (WA) supplemented with 2.5% (vol./vol.) of pathogen culture extracts. After incubating the WA plates for 24 h at 25 ±1 °C, single germinated conidia of the presumptive mutants of

Trichoderma strain are transferred to PDA by a sterile loop. The plates are incubated at25 ±1 °C and the growth of the mutants after 24, 48 and 72 h was measured in three replicated plates and compared to that of the wild-type strain. The stability of the mutants was checked by four passages on PDA and then by a further passage on PDA supplemented with culture extract of pathogen.