Glucosinolates (GLSs) are group of secondary metabolites commonly occurs in Brassica vegetables. Examples of these sources include cabbage, Brussels sprouts, broccoli, cauliflower and various root vegetables (e.g. radish and turnip) the major source of GLSs in the human diet. It contains a variety of glucosinolates, each of which forms a different isothiocyanate when hydrolyzed. They can be grouped into aliphatic, aromatic, and indolic glucosinolates based on their different side chain structures. It is well known that glucosinolates and their degradation products have diverse biological functions that range from anticarcinogenic activities to plant defence against pathogens and herbivores. Prevention and/or protection against chemical carcinogens by phytochemicals present in extensively consumed glucosinolate-containing cruciferous vegetables is of great of interest, as they provide a safe and cost effective means of combating cancer.

GLSs occur in all parts of the plants, but in different profiles and concentrations.

GLSs are β-thioglycoside N-hydroxysulphates (also known as (Z)-N-hydroximinosulphate esters or S-glucopyr-anosyl thiohydroximates) with a side chain R and a sulphur-linked β-D-glucopyranose moiety (Fig. 1). The sulphate group is normally balanced by a (potassium) cation. Glucosinolates are sulphur rich, nitrogen containing anionic natural products, derived from specific amino acids and their precursors. These glucosinolates are categorized into three classes (aliphatic, indole and aromatic) based on their precursor amino acids and side chain modifications. The side chain R determines whether the GLS is defined as aliphatic, aryl or indole. 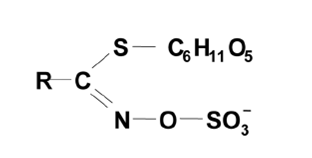 Figure1. Formation of isothiocyanates from glucosinolates

The crucifer vegetables are good source vitamin C, folic acid, vitamin E, carotenoids and flavonoids. It reduces the risk of age-related chronic illness such as cardiovascular health, degenerative diseases and reduces the incidence of certain cancers including bladder, colon, lung and breast in humans. Glucosinolates are converted to isothiocyanates such as sulforaphane and indoles such as indole-3-carbinol (I3C). The aliphatic glucosinolates produces a two bioactive compounds such as 3-methylsulfinylpropyl (Iberin) and 4-methylsulfinylbutyl (Sulforaphane) are derived from the broccoli (Fig. 1), have high anticancer activity (potent inducers of phase II detoxification enzymes in mammalian cell cultures and rodents). The beneficial enzymes such as glutathione-S-transferase and quinone reductase are induced in crucifer vegetables to promote the anticarcinogenic activity. The Indole glucosinolates (those derived from tryptophan) such as Indole-3-carbinol, an hydrolysis product of the glucosinolate glucobrassicin, also proven anti cancer activity.

The great level of variability of GLS content in vegetables existing for the prevention against various type of cancer. Production of high-glucoraphanin enriched lines for particular compounds will boost the drug industry. Improving the value of vegetable as a functional food and increasing the utility of nutritional and medical research. Understanding the bioavailability, transport and metabolism of crucifer vegetables as food is a prerequisite for understanding the mechanisms of their protective effects in humans. The development of broccoli with enhanced concentrations of glucoraphanin may deliver greater health benefits. Research is also needed on the bioavailability and metabolism of GLS to allow recommendations on dietary intake, effective dosage, daily allowance and dietary guidelines for nutrition and health applications.

About Author / Additional Info:
I am currently working as a Scientist (ICAR-ARS) from Indian Agricultural Research Institute.