It refers to crossing among randomly selected plants in F2 or subsequent generations of a cross in a definite fashion. The concept of biparental mating was originally developed by Comstock and Robinson.it is an important method of concentrating favourable genes in population. Three or four cycles of biparental mating are required to achieve the desired improvement. 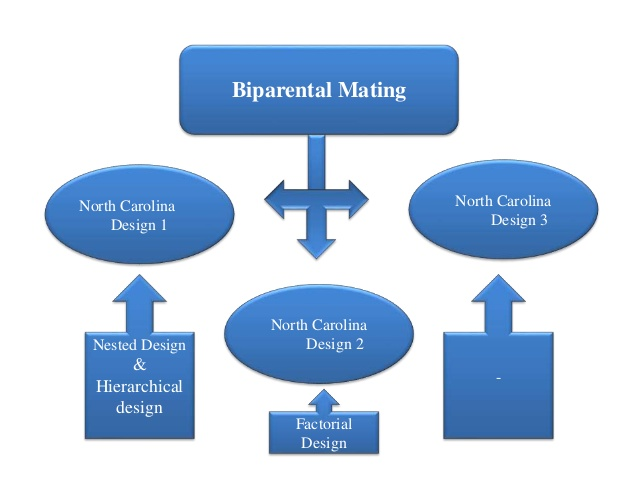