Marine Algal Biotechnology and its Applications

Marine algae are untapped reservoir found in deep oceans can play a major role in primary as well as secondary sources in terms of food and bioactive compounds or biodiesel etc. respectively. Due to its wide range of adaptability in various environment it provides numerous possibilities. Biotechnological tools can help in cultivation and isolation of these bioactive compounds..
Marine Algal Biotechnology and its Applications
Authors: Deepali Rahi, Waghmare, S. G.
CPBMB, Kerala Agricultural University, Thrissur-680656
*Email: deepalirahi@gmail.com

Marine algae are known as sea weeds. These are multicellular, macroscopic, lacks vascular system and carry pigments. Algae plays a major role to act as a primary as well as the secondary source. Macro alagae i.e.Rhodophyta (red algae), Chlorophyta (green algae) and Phaeophyta (brown algae) serve as nutraceuticals and therapeutics. Whereas microalgae are a rich in pigments, fatty acids, sterols and polysaccharides etc. Marine algae are untapped reservoir of numerous bioactive compounds but besides of numerous applications in various fields, it is not well explored. Biotechnology is required to incorporate the traits to enhance the production of algae as well as their bioactive compounds.

Marine algae carries nutraceutical and therapeutic properties. Some cultivated marine micro algae such as Spirullina and Dunaliella have β-carotene, omega-3 fatty acids and antioxidants. β-carotene is a precursor of vitamin A and omega-3 fatty acids have numerous health benefits. It is used against diseases like cardiovascular and hypertension. Chlorella and Spirullina are used as single cell proteins and consumed as nutraceutical. Marine algae such as Rhodotorula and candida species can be grown on prawn shell waste and produces high protein content.

Algal food is consumed in different part of the world e.g. red algae Pyropia is consumed in Japan and famous as nori since more than 500 years. Azolla is a nutritious and easily available source for cattle feed. Red algae Carageenan is used to extract alginates which is present in its cell wall and broadly used in food industries e.g. it acts as stabalizers and emulsifiers in ice creams industry. Polysaccharides derived from these algae like agar and alginate are used as thickeners in jelly preparations. 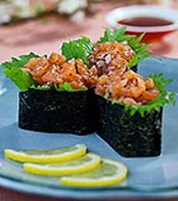 Agarose is also used as biomaterials that are industrially available. Gracilaria is used for agarose and widely used as agarose gel electrophoresis (AGE). Marine algae are also a source of bioactive compounds. It can also act as bioremediation e.g. Azolla is known to remove heavy metals like Cu, Zn, Pb and Cr. Also, some algae like… acts as pollution indicators. Eutrophication is known for indication of over nutrition of phosphorous and nitrogen which depicts that organism in the water body are not getting enough oxygen and light

Bioenergy is an important component to lowers the greenhouse gas emission and alternate of fossil fuel. A major application of marine algae is biodiesel. It has potential to replace petroleum based fuels as well as plant based first generation biofuels. But the lack of in-depth knowledge of genomic information of marine algae hinders to harvest the full benefits of these algae. Marine algae like Dunaliella tertiolecta has been sequenced and its BLAST analysis shows that it contains 26 per cent similarity with Volvox carteri and 25 per cent similarity with Chlamydomonas reinhardtii. It shows that these alage can also be used for further production of bio-diesel. 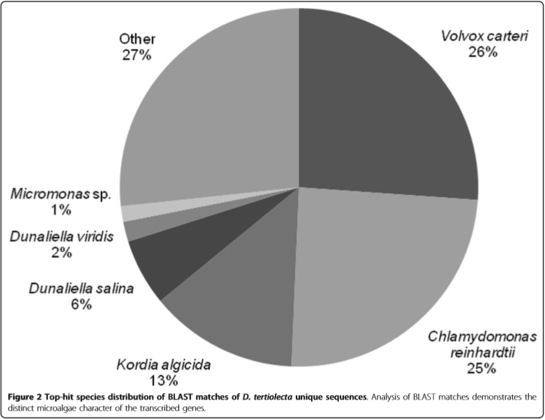 Marine algae have immense of power to fulfill the present scarce situation in various fields like bioenergy or food demand. Its proper cultivation can fulfill the gap between its demand and production, this can be met by using biotechnological tools and techniques.