What are Synthetic chromosomes?

Synthetic chromosomes are chromosome based non-integrating vector system that is transmissible and suitable for transfer of large genes, gene complexes and/or multiple genes together with regulatory element for safe, controlled and persistent gene expression.

Current methods for the production of plants through first generation of genetic engineering that contain stacked gene variants rely on random transgene integration via Agrobacterium-mediated transformation or particle bombardment. It has a number of limitations:

• An integration event can lead mutations due to the disruption of endogenous gene function that could have possible detrimental effects.

• A transgene may be integrated into a site that is affected by upstream or downstream regulatory elements, leading to unpredictable levels of gene expression.

• Linkage drag may occur if integration is within close proximity of an unfavourable allele.

• Inefficient recovery of multiple transgenes in each successive generation.

Synthetic chromosome or Minichromosome or Artificial chromosome (Fig.1) technology offers a unique solution to these limitations by creating an autonomous, independent chromosomal element that can be transferred to subsequent generations. These are produced through second generation genetic engineering method where synthetic chromosomes contain large DNA sequences, complete metabolic pathways and able to genetic changes 100 kb to mega bases (Mb).

A. Bottom- Up Method

The bottom-up method assembles an artificial chromosome by combining the various units, for example, the telomere and centromere repeats, and introducing the new sequences to the organism, allowing the cell to assemble them de novo into a chromosomal unit. This method has been utilized in mammalian systems with some success but limited to a few cell lines and the required parameters are not completely understood. Indeed, the individual components of minichromosomes are not completely understood; the centromere and telomere are, to some degree, epigenetically maintained, and the origin of replication has not yet been completely elucidated.

The top-down method refers to the process of utilizing an existing chromosome within the genome for the purpose of creating a minichromosome. The first demonstration of the top-down approach to creating minichromosomes in eukaryotes was performed in mammals by introducing a transgene containing an array of human telomere-repeated sequences, was able to recoverable truncate chromosomes. This method of producing minichromosomes can produce stable genomic entities. Telomere-mediated chromosomal truncation has been used in several plant species including maize, Arabidopsis, barley and rice.

Creation of Minichromosomes through Telomere Truncation

At the heart of the top-down method is telomere-mediated truncation or the addition of synthetic telomere sequences to a transformation construct with the purpose of replacing a host telomere. In this method, a construct including telomere sequence and desired genes is introduced into the cell via particle bombardment or Agrobacterium tumefaciens (Fig.2). There are two events that can occur when the construct is introduced: the sequence can integrate into the genome, or the construct can cause a truncation event. If the construct integrates into the genome, the telomere repeat is not recognized and is treated as normal genetic material. However, if the telomere sequence is recognized by the cell as a chromosomal terminus, a truncation event will occur distal to the insertion point. In this situation, one end of the construct is incorporated into the chromosome via an end-joining pathway, and the other is extended into a true telomere. If this occurs, any DNA that was originally presented distal to the insertion will be lost. 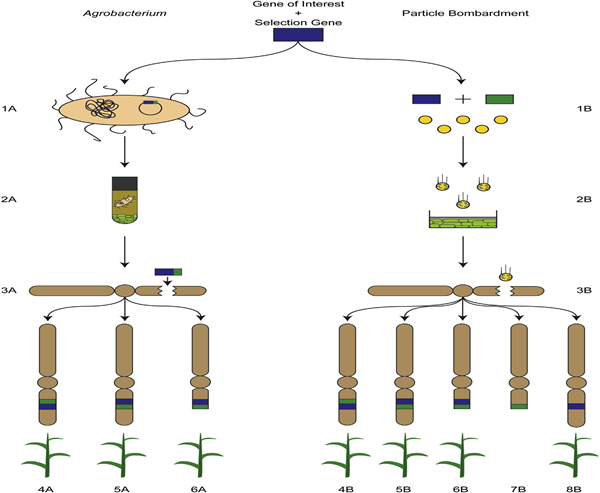 Fig. 2: Creation of minichromosomes in plants via Agrobacterium tumefaciens

The advantages of synthetic chromosomes are listed below:

• Facilitates in understanding fundamental questions about chromosomal structure and function.

• Synthetic chromosomes in plants are likely to have more applications than in other taxa.

• This approach for construction of engineered chromosomes can be easily extended to other plant species.

• Allows for the stacking of genes side-by-side on the same chromosome thus reducing likelihood of segregation of novel traits.

• Functional genomics studies could use minichromosomes as a platform for adding specific genes.

• Stable expression & maintenance of multiple transgenes in one genome.

Also synthetic chromosomes are having some limitations in use. These are like

• Small chromosomes do not always pair homologously in meiotic prophase.

• Regeneration of plants is difficult.

As the population of world goes on increasing, there is a need to find new techniques to improve the food production. Crop production strategies can employ the techniques from many disciplines. One of such discipline is transgenic approach. Recent findings suggest that minichromosomes can be combined with haploid breeding to facilitate transgene transfer to many new varieties or to assess how a transgene behaves in a different genetic background. Using this procedure, it would then be possible to incorporate the minichromosome into new inbred lines much more quickly than by repeated backcrossing. Also, the mere ability to place engineered minichromosomes into haploids would allow the evaluation of the interaction of the included transgenes with various established or novel genomic constitutions.