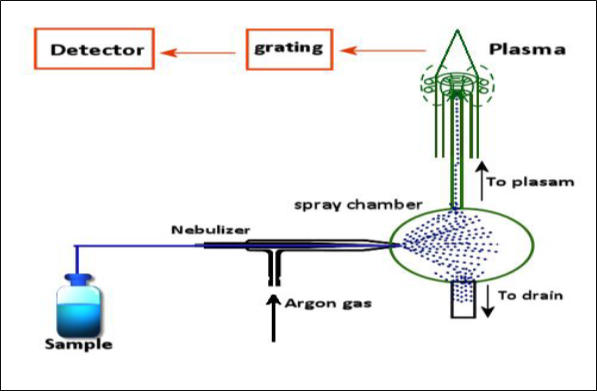 Figure 1. Working of the ICP-OES from the sample introduction to detector (Mao et al. 1989).

The working of the instrument is explained briefly here:

A Peristaltic pump transports the aqueous or organic sample to the analytical nebulizer. The function of this analytical chamber is to convert the sample into mist and to introduce into the plasma flame. This results into the collision of the sample with the electrons and it is broken down into charged ions (Mao et al. 1989). This breakdown induces radiation in particular wavelengths according to the sample element. In next step, the radiated light is separated into different wavelengths in optical chamber. This light is measured by a photomultiplier tube which consists of semiconductor photodetectors (Charged coupled devices: CCDs). These detector arrays can measure the intensity of all wavelengths which allows analysis of every element and quick analysis. This intensity is matched and compared with the known concentration of element which is included in the calibration curve of the instrument. The accuracy of the instrument is dependent on the calibration curve because the intensity from the range of known concentrations will be matched to the element in the analyte.

Figure No. 2 Calibration curve for ICP-OES (Intensity vs Concentration 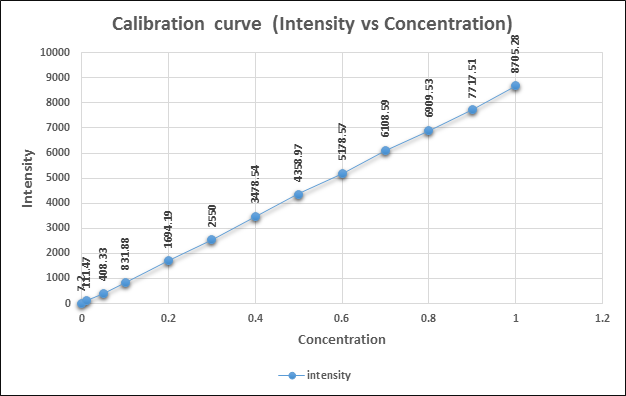 Limit of detection of ICP-OES:

The detection limit of ICP-OES is calculated using the following formula:

Where, LOD= limits of detection

To calculate the limit of detection of ICP-OES instrument, the value of k and BEC was obtained from calibration curve report using two points i.e. 0 Î¼g/ml and 10 Î¼g/ml and for the RSD0 value the blank was ran for 10 times and the average value of 10 RSD0 was taken as RSD0.

The obtained values are

About Author / Additional Info:
I am working as Asst. professor. My scientific interests include Nano-biotechnology, Soil toxicology, Eco-toxicology and Environmental science.