Antioxidants in Fruits and Vegetables

Reactive oxygen species (ROS) are accumulated in cell because of imbalance in production. ROS can cause severe damage to cell which sometimes leads to the death of the cell. Antioxidants which present in different fruits and vegetables have capacity to fight against these ROS. They improve immune function and lower the risk for infection, cardiovascular disease, and cancer. The..
Antioxidants in fruits and vegetables
Authors: Jalpesh S. Patel and Jignesh Patel

Imbalance in the production of reactive oxygen species causes negative cellular alterations is known as oxidative damage, which is caused by several molecules (Mittler, 2002). ROS are partially reduced forms of oxygen such as singlet oxygen, hydrogen peroxide (H2O2), superoxide (O 2-•) or hydroxyl radical (OH-•) (Asada, 1999). ROS inhibit water channel and transporter proteins; enhance lipid peroxidation; alters membrane fluidity, stability and structure; inhibit membrane dependent processes such as electron flow in chloroplast and mitochondria; damage nucleic acids and proteins (Dalcorso, 2012). From a biological perspective, an antioxidant is considered as any compound able to oppose cellular oxidation. Antioxidants are nutrients in food that protect cells from damage from free radicals. Fruits and vegetables are the rich sources of antioxidants which help to prevent cardiovascular disease and some chronic and degenerative diseases associated with oxidative damage (Ames et al., 1993). Antioxidants are present in all plant organs and include ascorbic acid, carotenoids, vitamin E and phenolic compounds, among others (Larson, 1988) (Fig. 1). 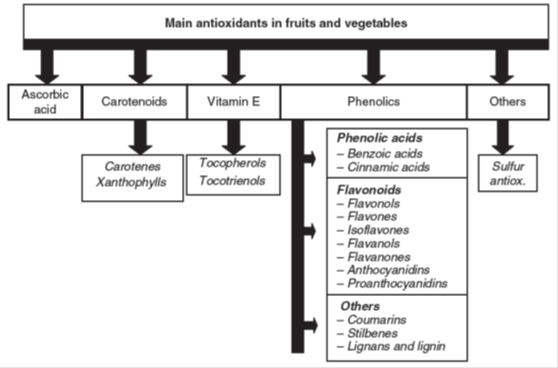 Fig. 1: Classification of different antioxidants present in fruits and vegetables

Eating a diet that includes a variety of fresh, deeply coloured fruits and vegetables, such as broccoli, spinach, tomatoes, sweet peppers, carrots, mangoes, kiwi, berries and cantaloupe and nuts, is the safest and most effective way to boost your antioxidant supply and reap the health benefits these substances may convey.

Ascorbic acid (AsA) and its first oxidation product dehydroascorbic acid considered as vitamin C. AsA is a water soluble carbohydrate-derived compound showing antioxidant and acidic properties due to the presence of a 2,3-enediol moiety. Humans and a few other species are not able to synthesize AsA. Plants synthesize AsA which is one of the most important compounds for human nutrition present in fruits and vegetables. The role of AsA in disease prevention has been associated with its capacity to neutralize ROS. 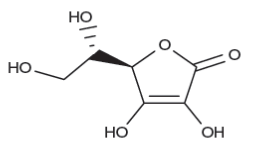 Fig. 2: Structure of Ascorbic acid, a major antioxidant in fruits and vegetables

Fruits and vegetables are the main sources of carotenoids in the diet (Rao and Rao, 2007). The presence of conjugated double bonds in carotenoids has a main role in determining their antioxidant properties (Sandmann, 2001). In the last few years, carotenoids have received great attention due to their antioxidant properties and potential to prevent some diseases. α-carotene, β-carotene, lycopene, lutein, violaxanthin and zeaxanthin are different carotenoids. Vegetables (carrot, pumpkin, squashes) and fruits (mango, papaya, citrus, apricot and watermelon) are the rich source of carotenoids. Cancers of the mouth, pharynx, esophagus, stomach, colon and rectum can be prevented by lycopene and lutein may help decrease your risk of macular degeneration.

These include the fat-soluble compounds grouped as vitamin E, characterized by a high antioxidant capacity. They can be in eight different forms because of the number and position of methyl group in aromatic ring. Vitamin E deficiency results in stunted growth. In general, vitamin E levels are more abundant in oily seeds, olives, nuts, peanuts, avocados and almonds. Even though the levels of tocopherol in broccoli and leafy vegetables are lower than in fat-rich products, they are good sources compared to other fruits and vegetables. Vitamin E is highly susceptible to oxidation during storage and processing. It may helps to prevent the oxidation of LDL or "bad" cholesterol which contributes to plaque build-up in the arteries.

This group encompasses a great diversity of compounds derived from the aromatic amino acids phenylalanine and tyrosine. They are generally present in low concentrations, but in certain cases, such as in blueberry, they can reach levels of more than 0.1%. In general, they also accumulate in the peel more than in the pulp of fruits. The general characteristic of the compounds within this group is to have aromatic rings with variable degrees of hydroxylation (Mattila et al., 2006). Phenolic compounds are easily oxidized to quinones. A large number of phenolic compounds have been identified in plants (Tsao and Deng, 2004). They have been subdivided into different subclasses, such as phenolic acids, flavonoids and other compounds (e.g. lignans, stilbenes, tannins, coumarins and lignin).

Phenolic acids include derivatives of benzoic and cinnamic acid. The most common benzoic acid derivatives are p -hydroxybenzoic, vanillic, syringic and gallic acid, while common cinnamic acid derivatives include p- coumaric, caffeic, ferulic and sinapic acid. Caffeic acid is the most abundant phenolic acid in several fruits such as berries (Mattila et al., 2006). The contribution of each of the phenolic compounds to the antioxidant capacity depends on their structure. For instance, the number of hydroxyls present in the molecule can increase the antioxidant capacity.

Flavonoids represent a large group of phenolic compounds with two aromatic rings in their structure that are associated together by a 3C-oxygenated heterocycle. Phenolic compounds are usually present as glycosides, which reduce their activity against free radicals and increase their solubility. At the cellular level, they are compartmentalized in the vacuoles (Rice-Evans et al., 1997). There are different classes of flavonoids such as: a) flavones and flavanols; b) flavanones, flavanols; c) isoflavones; d) pro-anthocyanidins; and e) anthocyanidins.

a. Flavones and flavonols: Onions are rich in these compounds. Blueberries also have high levels, especially in the peel, because synthesis is stimulated by exposure to light. Celery is a good source of flavones. Flavones are also present in citrus, but they are associated mainly with the fruit peel.

b. Flavanones and flavanols: Orange juice is a source of the fl avanone glycoside hesperidin. The flavanols catechin and epicatechin are common in grapes (Rice-Evans et al., 1997).

d. Pro-anthocyanidins: Proanthocyanidins are oligomeric flavonoids. They are common in the peel and seeds of grapes (Gu et al., 2004). Other sources of these compounds include apple, almond and blueberry.

Lignans are diphenolic structures formed by the association of two derivatives of cinnamic acid (Liu, 2007). They are present mainly in linseeds, cereals and legumes, but their levels are low in fruits and vegetables. Stilbenes are also phenolic compounds described in fruits. The most studied compound in this group is resveratrol. It has been suggested that it may have anticarcinogenic properties.

About Author / Additional Info:
I am a Ph.D. scholar in Biochemistry with Inspire fellowship