Environmental Crisis and Threats to Health

Environmental Crisis are the crisis leads to increase in demands on diminishing resources, demands accelerates as the population grows and increasing production of wastes. However, by stressing an approach to the environment that attempted to isolate the real problems, declining the amenities of a trivializing discourse, both the counterpoint with the public debate and the underlying presence of “environmental problems” were made obvious. Many of the themes of environmental history inevitably examine the circumstances that produced the environmental problems of the present day, a litany of themes that challenge global sustainability including: population, consumerism and materialism, climate change, waste disposal, deforestation and loss of wilderness, global warming etc.

Some of the major environmental concerns confronting India include:

Figure 1; A Schematic Representation of the Environmental Issues in India

It is high time for human beings to take the ‘right’ action towards saving the earth from major environmental issues.

There are significant current environmental issues, where human beings play an important role in its cause:- 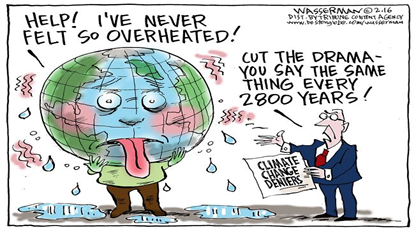 Figure 2; A Schematic Representation of the Environmental Climate change

Degradation of the environment threatens health both directly and indirectly; and both immediately and in the long term. The environmental problems we most easily observe are those with immediate and direct effects. People—and mostly the poorest and the marginalized—get sick from drinking polluted water, eat contaminated food, suffer from exposure to polluted air and poisonous chemicals, and spend much of their time in harmful working conditions. People’s health suffers in immediate and indirect ways from, for example, food shortages caused by the environmental degradation of both farmland and forests. Environmental refugees—people who have been forced to leave their homes because of the destruction of their local environment—often suffer severe hardships and are prone to ill health. Many people are also being killed or maimed in wars fought over scarce natural resources. Accidents resulting from environmentally induced natural disasters, such as floods caused by the destruction of forests, are another example of the immediate and indirect effects of environmental degradation.

Many environmental threats to health havedirect, long-term (delayed) effects about which awareness may be slow to develop. For example, cancer is increasing rapidly in all areas of the world, largely as a result of exposure to pesticides, carcinogenic chemical substances included in the goods we consume, and increased exposure to various forms of radiation. These threats concern every person on the planet, although we might not even know what is making us sick and where it is coming from. Toxic substances accumulate in our bodies and are mixed in new and potentially lethal ways. Ill health may result several decades after exposure. Yet, the possibleindirect effects of environmental change in the long term may pose some of the most alarming threats to human health. The disturbance of the world’s climate due to enhanced global warming is already underway and may cause severe damage to health. Indeed, since the beginning of agriculture many human societies seem to have perished as a result of overwhelming environmental problems caused by over-use and pollution of natural resources.


About Author / Additional Info:
It is about environmental crisis.