INTRODUCTION
The incidence and importance of retained placenta (RP) varies greatly around the world. Retention of fetal membranes (RFM), or retained placenta, usually is defined as failure to expel fetal membranes within 24 hr after parturition. A retained placenta doesn't expel within a normal time limit. Generally, expulsion of fetal membrane occurs within 3-8 hr after calving. Retention of fetal membranes in cattle can lead to many ill effects on animal that ultimately affect reproductive and productive performance. According to many studied placenta may retain for 8 to 48 hours postpartum or 12 to 24 hours. The majority of cattle (66% in one study) will pass the placenta within 6 hours after parturition. There are three main types of retained placenta following the vagina delivery: placenta adherence (when there is failed contraction of the myometrium behind the placenta), trapped placenta (a detached placenta trapped behind a closed cervix) and partial accreta (when there is a small area of accreta preventing detachment) (Weeks ,2008).Therefore, Understanding about the pathophysiology and causative factors of RFM is important for managing this problem. The hormonal processes that lead to normal placental separation are multifactorial and begin before parturition. 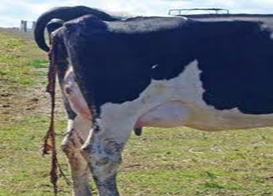 Bolinder A, B Seguin and H Kindahl, (1988). Retained fetal membranes in cows: Manual removal versus non removal and its effect on reproductive performance. Theriogenology, l3: 45–56.